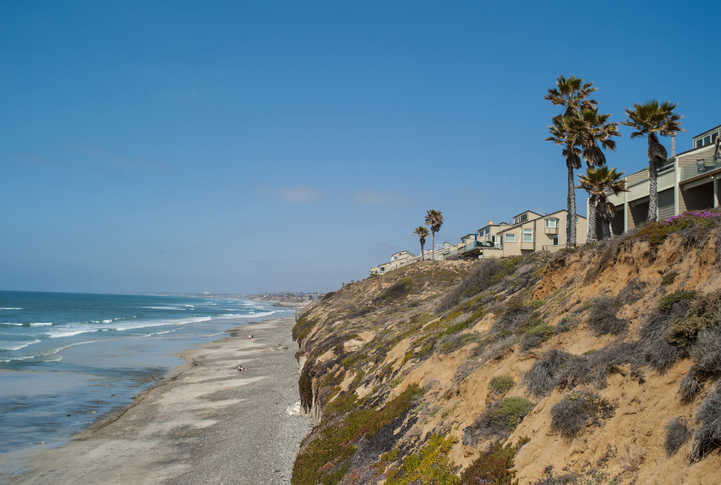 August 2, 2019, a group of sunbathers was enjoying themselves at Grandview Beach in the town of Encinitas, California when the bluffs overlooking the beach collapsed, according to Courthouse News. Tons of sandstone fell on the sunbathers, killing one, Elizabeth Charles, instantly. Two others, Charles’s niece, Annie Davis Clave and her mother, Julie Davis, died later at the hospital. Their families are now suing the city of Encinitas and the state of California in San Diego Superior Court, claiming wrongful death because a city lifeguard had directed the group to set up directly underneath the bluffs.

The three victims died, by all accounts, horribly, with Charles having to be recovered in pieces and Clave and Davis having been crushed underneath the rubble.

The plaintiffs claim that the unstable sandstone bluffs had been further compromised by a condominium development, a non-native, invasive ice plant, and a poorly designed irrigation and storm drain management system. Scientists and engineers warned that the bluffs were unstable, yet the state of California and the city of Encinitas did nothing to mitigate the danger, according to the suit, even to the extent of closing the beach.

Indeed, only $400,000 has been secured from the federal government for the engineering stage of a project to make the bluffs more secure. The beach underneath the bluffs is still open, even a year after the accident that took three lives.

The problems with the bluffs and the development that has exacerbated their erosion have been known of since 1984. A plan to replace the non-native plants with native plants and a monitoring system have not been implemented. A proposal to use rock bolts to stabilize the cliffs has not been adequately implemented.

In short, the sudden tragedy was the result of decades of bureaucratic neglect, that continues to this day, according to court filings. The families are seeking both special and general damages from the court.

For more information on wrongful death and the services that Lederer Nojima offers, contact us.