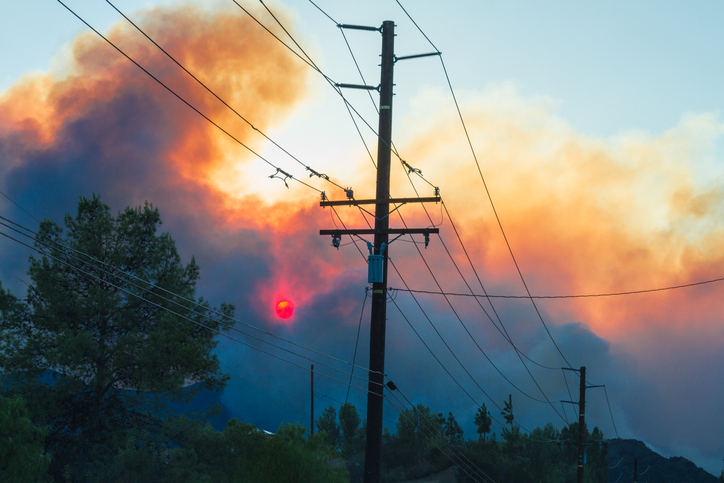 Wrongful Death Litigation from the Wildfires

The recent wildfires in California, which have resulted in at least 87 deaths, massive property damage, and the dislocation of thousands of people, are likely to generate numerous lawsuits. Wrongful death actions by bereaved relatives will be of particular interest.

However, the problem with filing any legal action, especially wrongful death, will be to determine who is primarily at fault. The wildfires have been blamed on everything from climate change to bad forest management, which allowed flammable dead trees and wood debris to remain scattered about, tinder waiting for ignition. Even the practice of building homes too close to forested areas has been cited as a cause.

One possible immediate cause of at least one of the wildfires has been a powerline operated by Pacific Gas and Electric. The company has reported that one of its transmission lines went out at the time and place where the fire started. The surmise is that one of the lines went down, sparked on some deadwood, and started the fire. If so, Pacific Gas and Electric could be found to be liable for the fire.

The Associated Press reports that a woman named Neva Rodriguez has filed suit against Pacific Gas and Electric on behalf of her father, Jerry Rodriguez, a 73-year-old man who lived in a trailer park alone in Paradise, the town that was totally destroyed by the fire. The elder Rodriguez was found dead in his trailer home.

Pacific Gas and Electric has maintained that safety is its primary consideration. However, the company has also warned investors that its liability may exceed the amount of insurance it carries if it is found to be primarily at fault. The litigation, though, will likely take years to sort that question out. In the meantime, natural disasters such as wildfires are likely to increase in damage and fatalities. Businesses that might be found liable should adjust accordingly.