By Jake GobleOctober 4, 2021No Comments 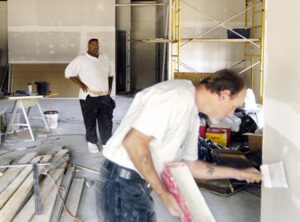 A 24 year old pharmacist suffered a construction injury while shopping at a local grocery store when a construction tool bar fell on her shoulder. After contacting the claims department for the store and construction firms, she received no apology and no assistance with her medical bills or treatment. She then contacted attorney John Nojima of the Los Angeles personal injury firm of Lederer & Nojima, LLP who immediately referred her to medical specialists to diagnose and treat her injuries.

Mr. Nojima was able to show that despite the fact the store and construction companies were renovating during store hours, they failed to put up adequate warning signs for customers or take steps to protect their customers from a potential construction injury. The grocery store attempted to argue that the client walked through caution tape to get to the aisle where she was injured; however Mr. Nojima was able to show that no such caution tape was placed. The client’s past medical bills totaled $170,000.00 and her doctors testified that she would require ongoing treatment for her thoracic outlet syndrome. The client also was forced to miss time from work for her injuries and during her recovery from surgery. On the eve of trial, Mr. Nojima argued at mediation that the client deserved an amount in damages far in excess of her medical bills.

Ultimately, through careful investigation and perseverant advocacy, Mr. Nojima achieved a settlement of $1,150,000.00. The client was happy with her settlement and relieved that she would not have to go through a potentially long and risky trial.